Everything you should know about Honda Jazz

Honda jazz is among the popular models in the Honda small car segment. This car is known for its comfort and drive. The best part of this small-sized car is its spacious interior and its large boot size.

Honda Jazz features a new platform and a new twin-motor petrol-hybrid powertrain. The design of the new Jazz is somewhat of the same design as of the previous model. Like the old model, it features a one-box MPV-like shape, which Honda says maximizes interior space. The A-pillars have also been slimmed down, in a move that both improves the view out of the windscreen and increases the rigidity of the bodyshell. The Jazz e: HEV will be the first Honda to use the new technology and the first model to receive Honda’s latest Technology branding.

The new car has a pair of larger headlamp units and a chunkier bumper compared to the previous model. Despite this, the standard Jazz’s dimensions are almost identical to those of its predecessor, measuring around four meters long, 1.6 meters wide, and about 1.5 meters in height.

At the back, the previous Jazz’s vertically stacked lights have been ditched in favor of more conventional horizontal units, which sit beneath the rear window. The rear hatch cuts deep into the back bumper so there should be a generous opening for loading bulky items into the boot. 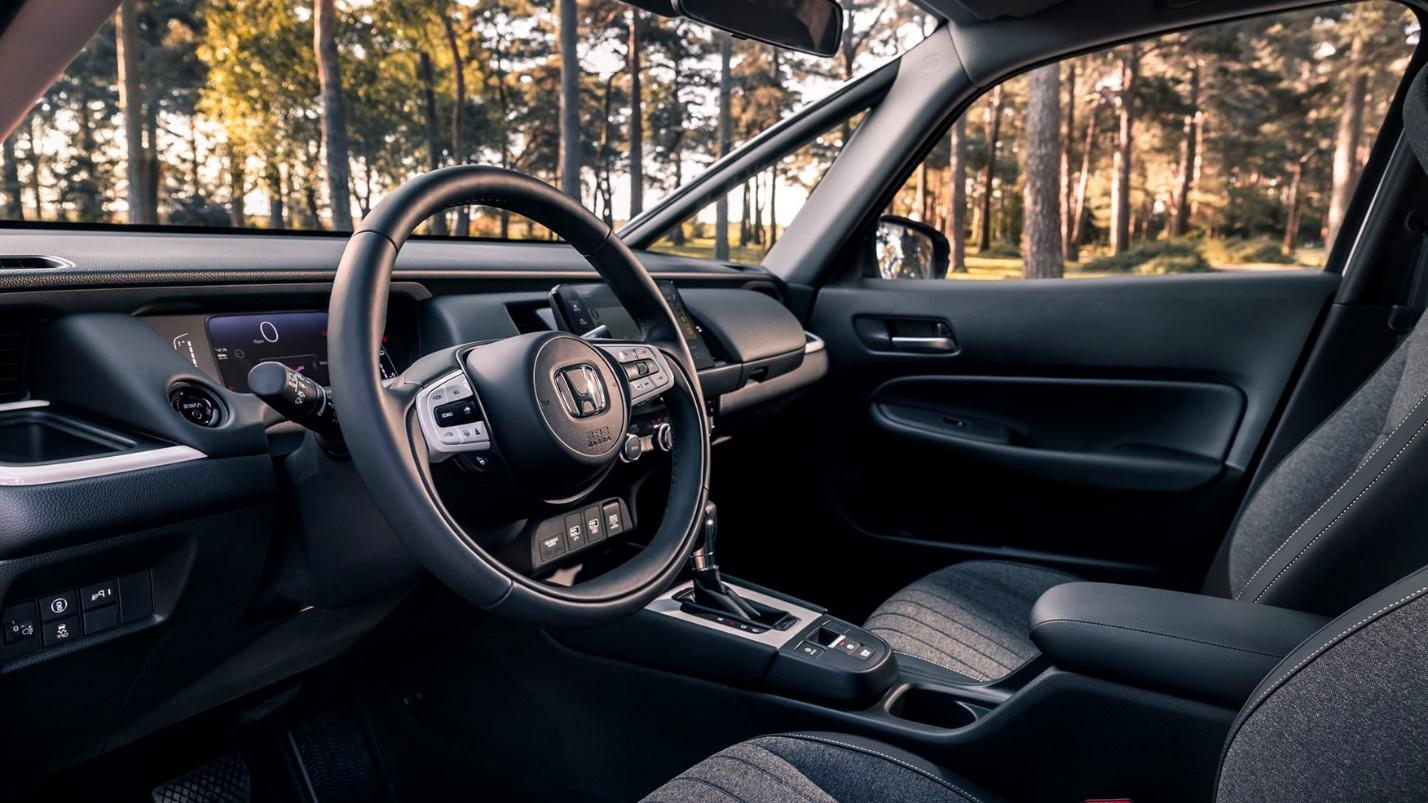 Inside, Honda has retained the previous Jazz model's impressive cabin space while adding more advanced technology. The cabin of the car has a central display screen and a digital instrument cluster ahead of the driver. Honda’s touchscreen offers smartphone-style swipe controls and that both Apple CarPlay and Android Auto are built-in. For the first time other downloadable apps will be operable in the car via a wireless connection.

The Jazz gets new seating, too, with wider ‘body-stabilizing’ front seats that are designed to reduce fatigue on longer journeys and new deeper rear seats to boost comfort for those in the back. The rest of the cabin retains a minimalist and uncluttered design approach and, in response to consumer demand, Honda has fitted physical air-conditioning controls.

As such, boot capacity stands at 298 liters with the rear bench in place. Fold the rear seats down, and storage capacity expands to 1,203 liters. Honda’s known Magic Seat design also remains in the rear, giving owners the option of folding the rear bench backs flat or flipping the bases up to create a taller load space.

As such, the car’s hybrid drive system has been located within the chassis and the engine bay, with the fuel tank, mounted in the middle of the car, to avoid impacting the room available for passengers.

The new Honda Jazz features a lot of sensors and a high-definition camera, all of which feed data to Honda’s Sensing active safety suite. The system offers the usual range of technology, such as lane-keeping assist, traffic sign recognition, and adaptive cruise control, as well as an improved collision mitigation brake system, which can detect cyclists and pedestrians at night, as well as react to oncoming vehicles moving into the path of the Jazz.

There’s also a new front-center air-bag, which is fitted to the rear of the driver’s seat and expands to occupy the space between the front passengers. This system helps reduce the impact between the driver and passenger in the event of a side-on crash, reducing injuries to head for the occupants by 85 percent and 98 percent respectively.

For rear-seat occupants, Honda has fitted a further air-bag for the bench seat pad, which prevents passengers from impacting the door and C-pillar in the event of a side-on collision. The system is also compact enough to not have an impact on the practicality of the Jazz’s folding “magic seat.” 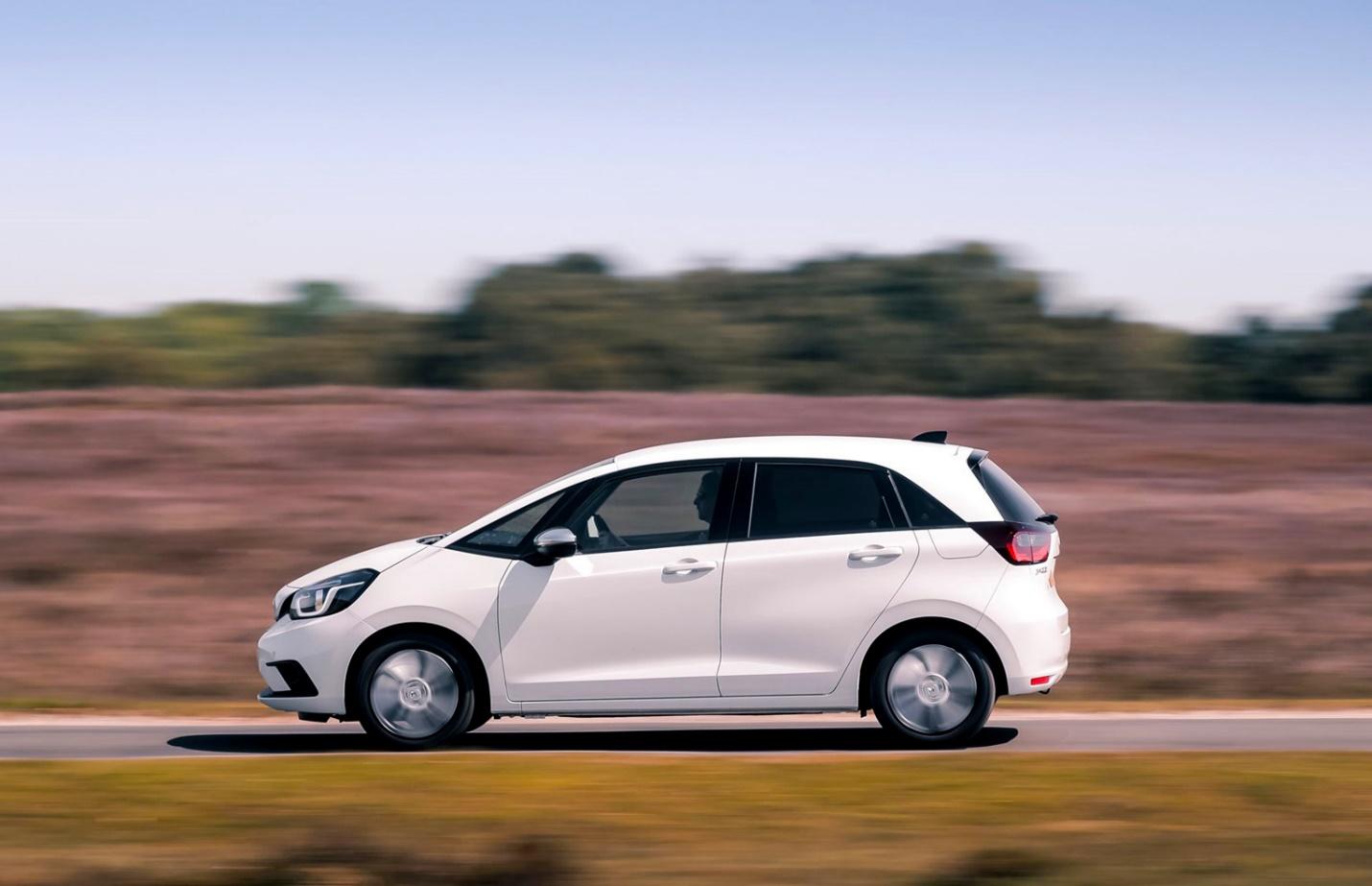 Honda Jazz 2020 has been redesigned from the ground up, with hybrid engines and improvements all round, according to Honda. There’s also a more rugged “Crosstar” variant this time around, for the first time. A new two-motor hybrid powertrain comes as standard in the new Jazz named as “e: HEV”. The Jazz is only available as a hybrid.

Honda jazz is available in four variants SE, SR, EX, Crosstar EX. Every variant of the new Jazz will feature Honda’s e: HEV powertrain, which comprises a naturally aspirated 1.5-litre four-cylinder petrol, two electric motors, and a compact lithium-ion battery pack, for a total output of 108bhp and 253Nm of torque. The combustion engine sends drive through an innovative fixed-gear transmission, which Honda says is smoother and more efficient than a conventional CVT.

Honda’s e: HEV hybrid system is fitted with three, selectable drive modes – Hybrid Drive, EV Drive, and Engine Drive. It balances petrol and electric running, while recovering electricity from deceleration and storing it in the battery pack for later use. EV Drive forces the Jazz to run in electric-only mode, while the Engine Drive combines petrol engine and electric motors for maximum performance. 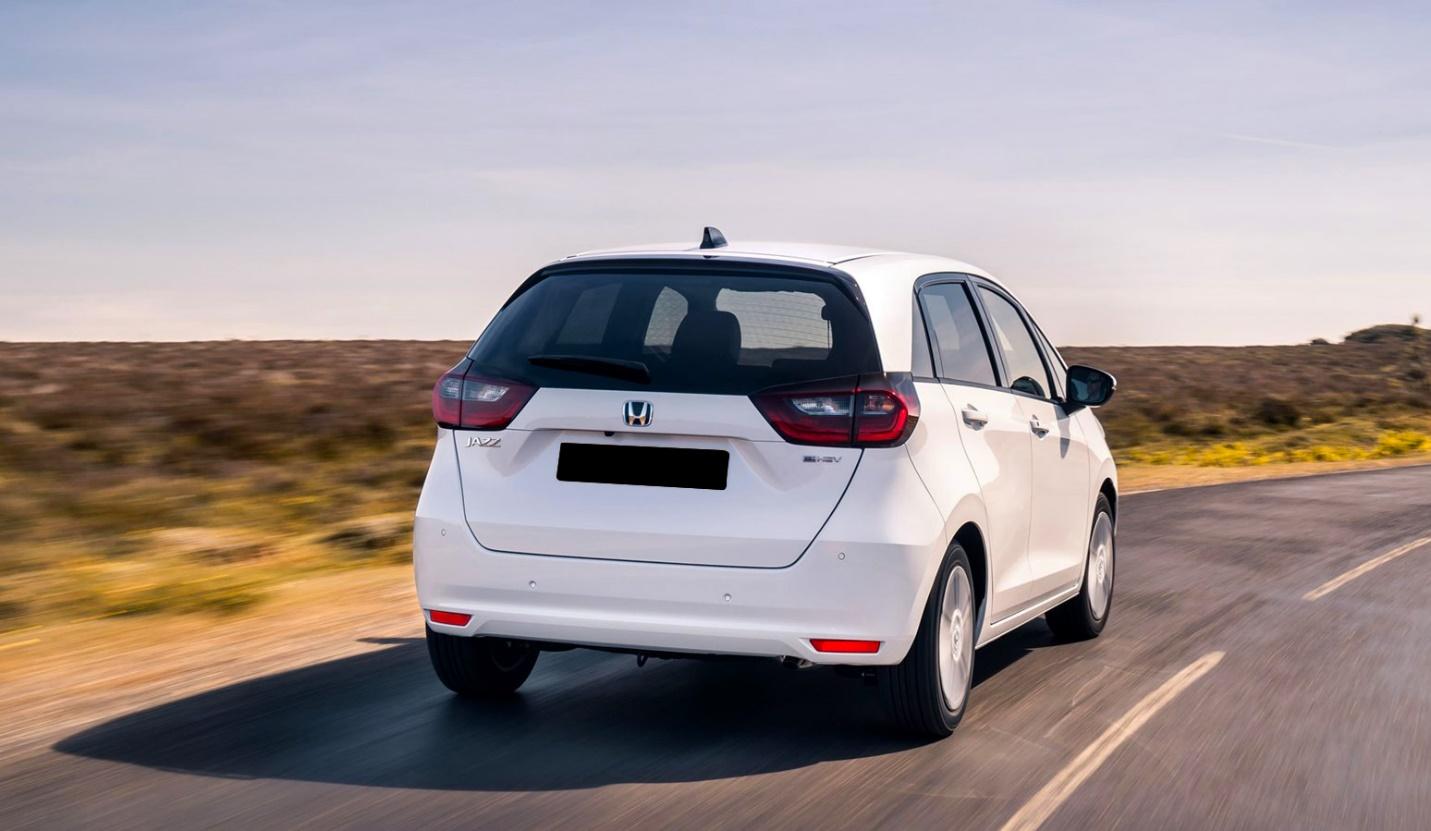 Honda had made some changes that would attract more customers towards the all-new redefined Honda Jazz. Now this car is available only a hybrid engine which means a better economy. Most importantly the addition of the Crosstar variant would mark a new place in the market. The small car is packed up with features bigger than itself.

Advertise your Car at GoodAutoDeals